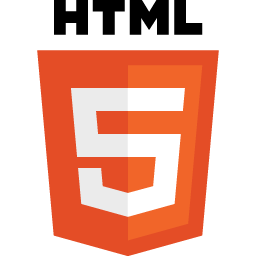 In theory you could open multiple WebSocket connections, one for every module. Although suboptimal (due to the need to handle multiple TCP/IP connections), this approach will work for native WebSockets. But, unfortunately it won’t for SockJS due to a technical limitation of HTTP: for some fallbacks transports it is not possible to open more than one connection at a time to a single server. This problem is real and worth solving. Let me rephrase it:

Assuming you can have only a single connection to a given host, and multiple modules wanting to send and receive data, what do you do?

You need multiplexing: combining data from multiple sources into a single connection. The next question is what API do you use; how do you expose multiplexing in the code?

Socket.io has an API that attempts to solve this problem, it calls this ‘namespaces’. Here’s some example client (browser) code:

I think this API is quite confusing - under the hood Socket.io is opening only a single connection, but reading the code gives us a different story.

As opposed to Socket.io, SockJS doesn’t have any magical API. It looks like a WebSocket object, it behaves like one. Nothing surprising.

So how to solve the multiplexing problem?

It’s usually a good idea to avoid inventing new APIs if possible, by using already established ones. Why not present each multiplexed channel as a WebSocket object?

What I’m suggesting is quite simple - you take a real SockJS (or WebSocket) connection, wrap it in a multiplexing layer, and extract any number of fake WebSocket objects out of it. They will be multiplexed internally, but from a module point of view - it will be completely transparent. The module speaks to a WebSocket object as far as it is concerned.

This approach is better than what Socket.io proposes - you can create code that just relies on a native WebSocket API. Later on, when the need arises, you can just pass a fake WebSocket object instead of real one. In other words: it composes. Problem solved.

If previously in the browser you were using a single SockJS connection, like this:

You can modify the client code to:

At this point ‘fake’ objects will behave identically to a normal SockJS object. You can expect to hear ‘open’, ‘message’ and ‘close’ events. (The underlying code is about 60 lines of javascript) Similarly the server side - it normally uses the usual “net.Server” and “Stream” node APIs:

Again ‘fake’ objects will do the usual thing, they will emit a ‘connected’ event when a user subscribed to this particular channel arrives. (The underlying multiplexer code is not very complex either)

If you want to see the multiplexer code in action:

It’s worth emphasising that this approach really does compose. Any module can take a fake WebSocket object and repeat the trick to get more second-layer fake WebSockets objects. Instead of inventing new API’s, just create code that relies on a WebSocket instance passed to the constructor. That’ll all you really need to create composable code using WebSockets!